Base Raiders is a Superhero RPG that I liked and created some resources for, including a fillable Google Docs-based character sheet.

But what if you wanted more words unnecessarily?

Well, allow me to appease your thirst for words.

It’s hard to talk about anyone recording their tabletop gameplay these days without the context of Critical Role. But back in 2011/2012, before Critical Role had started Campaign 1, I was listening to Actual Play podcasts on Roleplay Public Radio. I guess that makes me a bit of a hipster when it comes to watching people play D&D.

Roleplay Public Radio had already been doing Actual Play podcasts for years at that point, and I don’t remember how I found them, but the format really appealed to me. The sessions felt completely casual, not performative. They played what they wanted to play – not just D&D and certainly not what was popular. While I’m sure there was some consideration to the fact that there was an audience, it always felt authentic in a way that recent popular streams just don’t, for me at least. An audio-only podcast with middling recording quality and players that aren’t professionally qualified actors or writers or producers wouldn’t be considered a viable product in a Post-Critical Role world.

But it was 2011 and I didn’t know this was going to be the next big thing, it was just a thing I enjoyed and kind of needed. I was working graveyards on an inconsistent schedule and I had moved a few times in the previous 5 years. As a result, I was pretty withdrawn socially. I wasn’t really still connected to anyone from highschool or college, but I hadn’t developed a social network anywhere else. I had a desire to get back into tabletop RPGs but I didn’t have the group to play with, or the tools to put one together.

The RPPR games connected because they were kind of aspirational. They represented the kind of games, and kind of group, I wanted but couldn’t have. I spent dozens of hours listening to the Wild Talents system, Superhero-themed campaign, “Heroes of New Arcadia“. I could gush at length about it, but suffice to say it’s funny and dramatic and engaging and really, more than any other game I’ve watched or participated in, it is the game I most aspire to as a Game Master.

When the GM of Heroes of New Arcadia, Ross Payton, launched a Kickstarter for Base Raiders, a new system based on the Heroes of New Arcadia campaign, I backed it immediately. I pitched in at the PDF level thinking I’d never get the chance to play it, but I’ve already got my money’s worth just on the entertainment I had listening to the podcast itself. I don’t know if I even read the rules in detail until years later.

Suddenly, it’s years later. It’s 2017 and, in part due to RPPR reinvigorating my interest in tabletop gaming, I’ve been running games with a reliable group for a year, and we’ve just completed a major D&D adventure. I just think fuck it, now’s my chance and I pitch a Superhero game. The group agrees, I buy the hard copy off Amazon, and we go.

The setting described in the book is fantastic and, I think, more or less worth the cover price. The history of the 20th century is peak superhero-kitchen-sink. “The Ideal” is the Justice-League analogue and have basically become the world police of super-powers. Power sources exist that are Alien, Extra-Dimensional, Magic, Technological… you name it, it’s all there, and it’s all tightly controlled to keep the world from spiraling out of control. Then, there is a cataclysmic event, Ragnorok, where all the superpowered beings disappear.

In the wake of Ragnorok all the bases that these legendary heroes and villains used to train, research, surveil and keep their weapons, inventions, and artifacts safe are unattended. They potentially pose an imminent threat, but also promise a significant reward to anybody able to, you know, raid the base. The book outlines a rich history full of alien attacks and communist death-avatars that comes together post-Ragorok to a thematically rich setting that both has a huge number of ideas to mine for content, but also will fit almost any character you want to insert into it. The premise of Base Raiding is also just fun, and a perfect way to blend the dungeon crawl expectations of a tabletop RPG with a Superhero setting that normally wouldn’t lend itself to that type of gameplay.

In Base Raiders, loot is intrinsically tied to advancement and this creates a weird dynamic of risk and reward. Character advancement is the most impactful if you jack your character up with unpredictable, often dangerous power sources that you find in bases and black markets. I love this mechanic. The idea of finding an ancient possessed sword or a random syringe of gene-rewriting goop is just sounds fun, no two ways about it. But in practice this was particularly difficult for players accustomed to D&D to reconcile because D&D:

Base Raiders was asking the opposite.

Base Raiders is built on the Fate system, a much less rules-literal, more narrative game than D&D. When compared to Fate, you can definitely tell that D&D has it’s roots in tactical war-gaming. D&D rewards deliberate tactical thinking. The Fate system rewards narrative, out-of-the-box thinking, and go-with-the-flow mentality. It literally rewards you for letting the GM do dramatic, bad things to your characters on purpose.

Unfortunately, Base Raiders was frustratingly non-deliberate in it’s implementation. Rules are scattered and downright hidden in the book. If you are looking for the method of obtaining new skills for your character, would you look under the heading “Loot”? I certainly didn’t! Certain terms remain undefined or at least not defined to the satisfaction of the players. Because the game is not very well known, you can’t Google an answer to anything. The character creation, although I got the hang of it, was mind-boggling for every single player.

There were rules for Social and Mental damage – and Social and Mental initiative. You could make these attacks in an otherwise Physical conflict – so does the character making Mental attacks use Mental initiative? What if they are doing Mental and Physical damage interchangeably? Do you define the scope of the conflict at the start and everyone use the same initiative? Do any of these words make sense? I think I ran 8 sessions with a player character that specialized in Mental attacks and I was never able to find out how they were intended to work.

Don’t get me started on Aspect Maneuvers.

Because of the loose nature of play, the game seemed to become all edge-cases and I felt like I was constantly winging it when it came to rules, which is not satisfying for me or my players. The whole rules-section of the book just has an overall feeling of suffering from both one too many and one too few edits. It is janky, disorganized, and incomplete-feeling.

The character sheet represented a microcosm of the issues with the book at large. It was poorly organized, amateur-looking, and hard to use. It didn’t even have places to write all of the information you cover in character creation or general play. At least I was able to fix that. I created a form-fillable character sheet in Google Docs and it actually worked really well.  And I guess that’s the point of this whole exercise, I’m just…sharing it. I don’t begrudge anyone who likes Base Raiders – there’s a lot I love about it, I wish I did love it. I just wish it was easier to run, and this might help someone else running it have an easier time.

If I run another Superhero game I won’t be using Base Raiders. Maybe with enough time, or players seasoned enough with different types of RPGs, I could get it to work. But I want my games to work for me and not the other way around.

However, if I run another Superhero game, I probably will use the Base Raiders setting again. It’s just SO GOOD. There is so much I want to explore with the themes the settings raises, and it really is the perfect place to insert any of the wild Superhero ideas I want without worrying about contradictions or pre-existing lore. It’s absolutely outstanding and I shouldn’t be surprised. I was attracted to the Heroes of New Arcadia because of it’s ideas, not it’s rules. 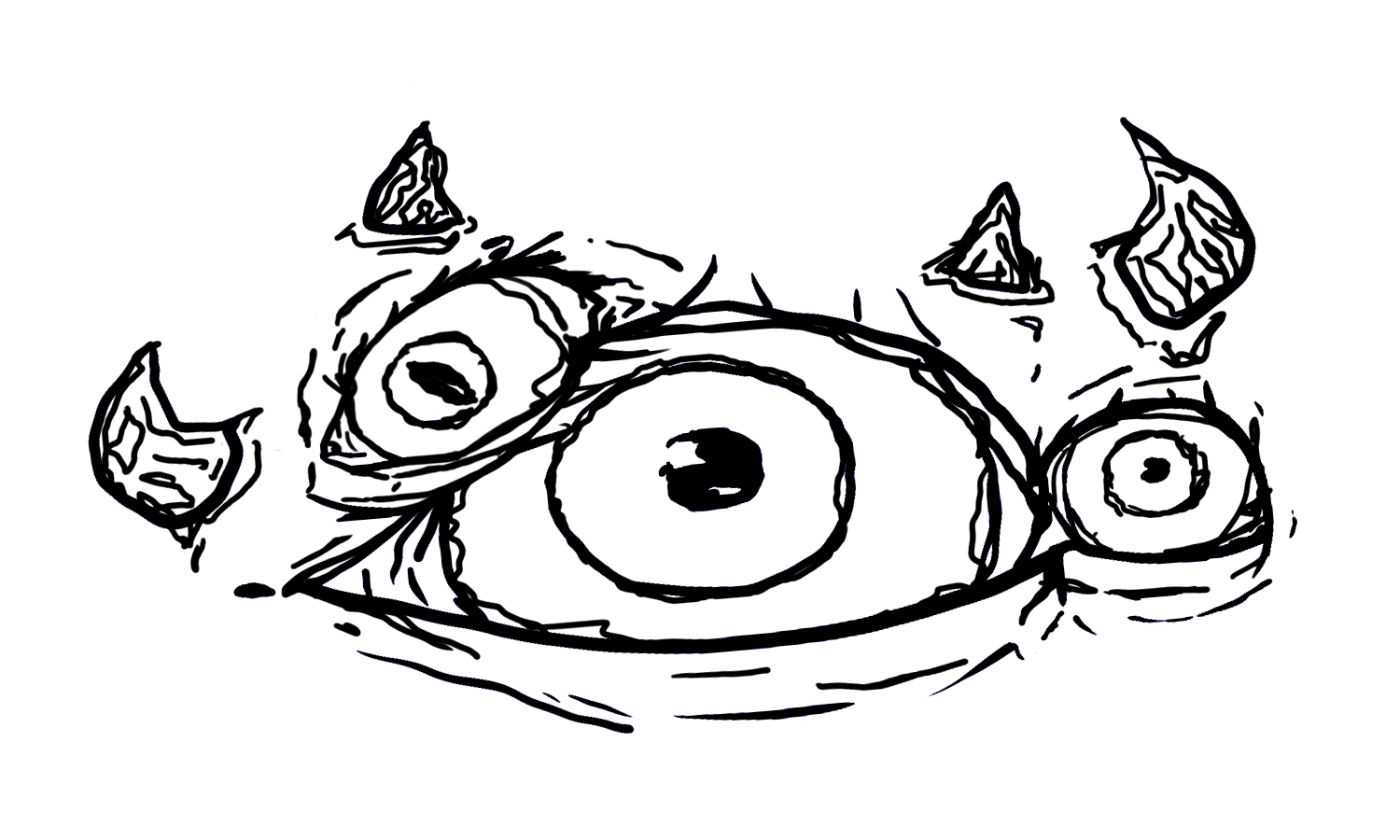